An Introduction to GNSS 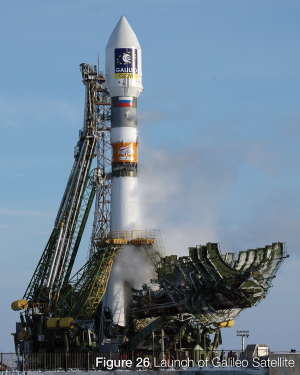 Larry Niven is suggesting that if the dinosaurs had had a space program, they could have intercepted and deflected the asteroid that some think may have hit the earth and led to the extinction of the dinosaurs.

Unlike the dinosaurs, several countries now have existing or planned space programs that include the implementation of national or regional Global Navigation Satellite Systems. In this chapter, we will provide an overview of these systems.

The following GNSS systems are operational:

At the time of writing, the following navigation satellite systems are progressing toward operational capability: