typically 20-30, in orbits that have been designed to provide a desired coverage, for example, regional or global. We will provide more details about GNSS constellations in Chapter 3.

GNSS satellites orbit well above the atmosphere, about 20,000 km above the earth’s surface. They are moving very fast, several kilometres per second.

GNSS satellites are not as small as you might think. The latest generation of GPS satellites (Block IIF) weigh over 1,400 kg, a bit more than the weight of a Volkswagen Beetle. The body of these satellites are 2.5 m x 2.0 m x 2.2 m. Figure 11 shows a picture of the body of a Block IIR GPS satellite, to give a sense of how large they are.

In the relative vacuum of space, satellite trajectories are very stable and predictable. As mentioned, GNSS satellites know their time and orbit ephemerides very, very accurately. If you ask a GPS satellite for the time, it won’t tell you eight thirty. It will tell you 8:31.39875921.

The latest generation of GPS satellites uses rubidium clocks that are accurate to within ±5 parts in 1011. These clocks are synchronized by moreaccurate ground-based cesium clocks. You would need to watch one of these cesium clocks for over 100,000 years to see it gain or lose a second. By comparison, if you have a quartz watch, it will likely have an accuracy of ±5 parts in 106 and will lose about a second every two days.

By the way, if all GNSS receivers needed a rubidium standard, the viability of GNSS would quickly collapse. Later in the chapter, we will describe the elegant way GNSS systems “transfer” the accuracy of the satellite clocks to GNSS receivers.

You may be wondering why time is such a big deal in GNSS systems. It is because the time it takes a GNSS signal to travel from satellites to receivers is used to determine distances (ranges) to satellites. Accuracy is required because radio waves travel at the speed of light. In one microsecond (a millionth of a second), light travels 300 m. In a nanosecond (a billionth of a second), light travels 30 cm. Small errors in time can result in large errors in position.

GPS was the first GNSS constellation to be launched. At a cost of US$12 billion, it is the most accurate navigation system in the world. The Russian GLONASS constellation has also been launched and is operational. The benefit to end users of having access to multiple constellations is redundancy and availability. If one system fails, for any reason, GNSS receivers, if they are equipped to do so, can receive and use signals from satellites in other systems. System failure does not happen often, but it is nice to know that if it did, your receiver may still be able to operate.

Regardless, access to multiple constellations is of particular benefit where line of sight to some of the satellites is obstructed, as is often the case in urban or foliated areas.

There is not much drag at 20,000 km, but gravitational effects and the pressure of solar radiation do affect GNSS orbits a bit and the orbits have to be occasionally corrected. While its orbit is being adjusted, a GNSS satellite’s status is changed to “out of service” so user equipment knows not to use the affected signals.

“Everything should be made as simple as possible, but no simpler.” Albert Einstein.

First and foremost, GPS was designed as a positioning system for the US Department of Defense. To provide high-accuracy position information for military applications, a lot of complexity was designed into the system to make it secure and impervious to jamming and interference. Although military and civilian components of GPS are separate, some of the technologies used in the military component have been applied to the civilian component.

Since it achieved initial operational capability in December 1993, GPS has been available to civilian users, who have different requirements for service availability, positioning accuracy and cost.

GPS works the way it does because of the transmission scheme it uses, which is called CDMA. 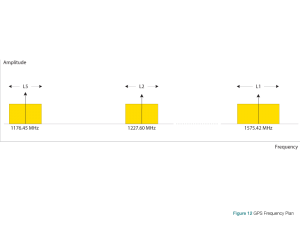 CDMA is a form of spread spectrum. GPS satellite signals, although they are on the same frequency, are modulated by a unique pseudorandom digital sequence, or code. Each satellite uses a different pseudorandom code. Pseudorandom means that the signal only appears random; in fact, it actually repeats after a period of time. Receivers know the pseudorandom code for each satellite. This allows receivers to correlate (synchronize) with the CDMA signal for a particular satellite. CDMA signals are at a very low level, but through this code correlation, the receiver is able to recover the signals and the information they contain.

To illustrate, consider listening to a person in a noise-filled room. Many conversations are taking place, but each conversation is in a different language. You are able understand the person because you know the language they are speaking. If you are multilingual, you will be able to understand what other people are saying too. CDMA is a lot like this. 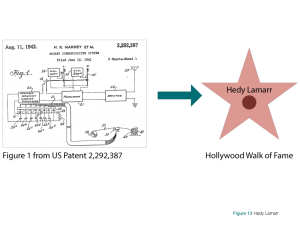 You might be interested to learn that Hedy Lamarr, Austrian-born American scientist and actress, co-invented an early form of spread spectrum communications technology. On August 11, 1942, she and her co-worker, George Antheil, were granted U.S. Patent 2,292,387. Unbelievably, Lamarr shifted careers and went on to make 18 films from 1940 to 1949, but the concepts covered in her patent contributed to the development of today’s spread spectrum communications.

GPS operates in a frequency band referred to as the L-Band, a portion of the radio spectrum between 1 and 2 GHz. L-Band was chosen for several reasons, including: 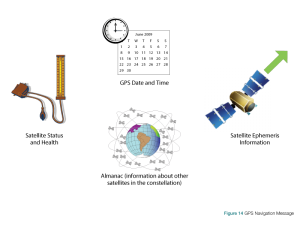 The P(Y) code is for military use. It provides better interference rejection than the C/A code, which makes military GPS more robust than civilian GPS. The L2 frequency transmits the P(Y) code and, on newer GPS satellites, it also transmits the C/A code (referred to as L2C), providing a second publicly available code to civilian users. Although the information in the P(Y) code is not accessible to everyone, clever people have figured out ways to use the L2 carrier and code, without knowing how it is coded.

While the GPS transmission scheme is complex, it was chosen for many good reasons:

Satellite errors include ephemeride and clock errors. These satellite errors are very, very small, but keep in mind that in one nanosecond, light travels 30 centimetres.

Earth stations continuously monitor the satellites and regularly adjust their time and orbit information to keep this broadcasted information highly accurate. If a satellite’s orbit drifts outside the operating limits, it may be taken out of service and its orbit adjusted using small rocket boosters.

In our step-by-step illustration of GNSS, the radio signals have left the satellite antenna and are hurtling earthbound at the speed of light.